A Year of Maru

I can hardly believe it, but it's already been over a year since Maru's launch! This seems like a good time to take a breath, quickly go over what Maru has accomplished this past year, and consider the future of the project.

# A brief history of Maru

Let's go back to the very beginning--here's the tweet that started it all1:

Introducing #Maru! Your phone is now your desktop. https://t.co/ww2DtFm9jV pic.twitter.com/EJNKEXZMtD

Barely a week after, based on all the interest and feedback the launch was getting, I wrote the first post on this blog, outlining the origins of Maru, why I believed this project had the potential to transform the way we use our smartphones, and my decision to open source it.

For the first few months after the launch, I was running a private beta program to work towards a stable release with a reasonably-sized user group. I had a lot more sign-ups than expected though, so it was a bit of a logistical mess getting the early beta builds out to everyone and gathering feedback, but it worked out somehow2. When I was confident with the system's stability, I ended the beta program and opened up Maru 0.2.3 to the public.

With the beta program over, I was able to get my bearings on the open-source project, sort out the licensing details, set up the forums, release all of the code on GitHub, and kick off the Maru OS Project.

Within a few days of my announcement that Maru had been open sourced under the Maru OS Project, several developers started to offer up help, leading to a healthy number of community efforts to bring Maru to other devices. While kindling the open-source project, I released 0.3, an important update that brought Maru to Marshmallow and included support for running Maru Desktop in a headless setup.

Over the past few months, I was working with our community developers to improve the porting process, since the request I still receive the most is to support Maru on more devices. A solid amount of this work made it to the recent 0.4 release, which is the first release to feature code from volunteers in our community3.

# Where is Maru today?

Over the past year, Maru has built an enthusiastic community of users and developers. We have an active mailing list/forum, a growing org on GitHub (> 1k stars as of this post), and a healthy presence in the press. Our community continues to grow, and an increasing number of users are contributing to the project by improving our wiki, answering questions on our forum, offering to test builds, and volunteering to port Maru to new devices.

Maru itself has come a long way since 0.1 in the ten releases we have had over the past year, resulting in major improvements in stability and overall usability: a transition from Lollipop to Marshmallow bringing a range of enhancements to the base platform, the ability to start Maru Desktop in the background for server-style use cases, encryption support, security updates, and lots of general fixes. We now officially support both the Nexus 5 and Nexus 7 2013 Wi-Fi, and we have early community builds that are open for testing for the Nexus 5X and Nexus 6P.

I'm excited to see that our users are doing incredible things with Maru today. Here are some examples of what's possible after you install Maru on your device:

# Where is Maru headed?

Although Maru is being used productively today, we still have a long way to go before we can fully realize Maru's vision of "your phone is your PC".

Here are some features that can take Maru to the next level:

And here are some areas that could take the open-source project to the next level: Out of the above, more device support will have the biggest impact on the project since it will open up the Maru experience to a larger market. If you are interested in helping bring Maru to more devices, check out our Porting Guide to get started!

# A change of pace

An important change affecting the future of the project is that I will no longer be working full-time on Maru. I had actually quit my job to grow Maru sustainably by pursuing commercial opportunities with device manufacturers; I thought I could accelerate Maru's growth by licensing a commercial version of the software to ship stock on devices, and I had a few potential licensees lined up throughout last year, but none of these efforts ended up being fruitful in the end.

As a result, I've decided to cease actively pursuing commercialization and instead focus on where Maru really shines: The Maru OS Project. That means the time I spend on Maru will be directed towards making the open-source project the best it can be: buffing up documentation, sharing knowledge with the community, improving automation and tooling for contributors, and anything else I can do to make the contribution process as frictionless as possible. Although the pace of development for Maru will likely slow down as I begin this transition, I will continue to support the project in my spare time.

My hope with Maru was to offer a different paradigm for personal computing, one in which you only have to carry around a single device for all your computing needs--your smartphone. I wanted to show people that smartphones are a lot more than just "smart" phones--that they are, in fact, personal computers (PCs) in every sense of the word4. What was lacking though, was software that could enable a great PC experience on a mobile device, and my idea of what that software should be resulted in Maru.

I believe that over the past year, Maru has made great strides towards that original vision. It is deeply satisfying to me that today, you can download Maru for free, run a quick automated installer, and use your device as a PC by plugging it into a display and pairing up a bluetooth keyboard and mouse. And to top it off, Maru is completely open-source so you can browse all the code, contribute your ideas and improvements, and tune it for your own use-cases. It still amazes me that all of this was possible without a single dollar of funding.

Thank you to everyone for your support over the past year and for making this journey so enjoyable--your enthusiasm for Maru really is priceless! 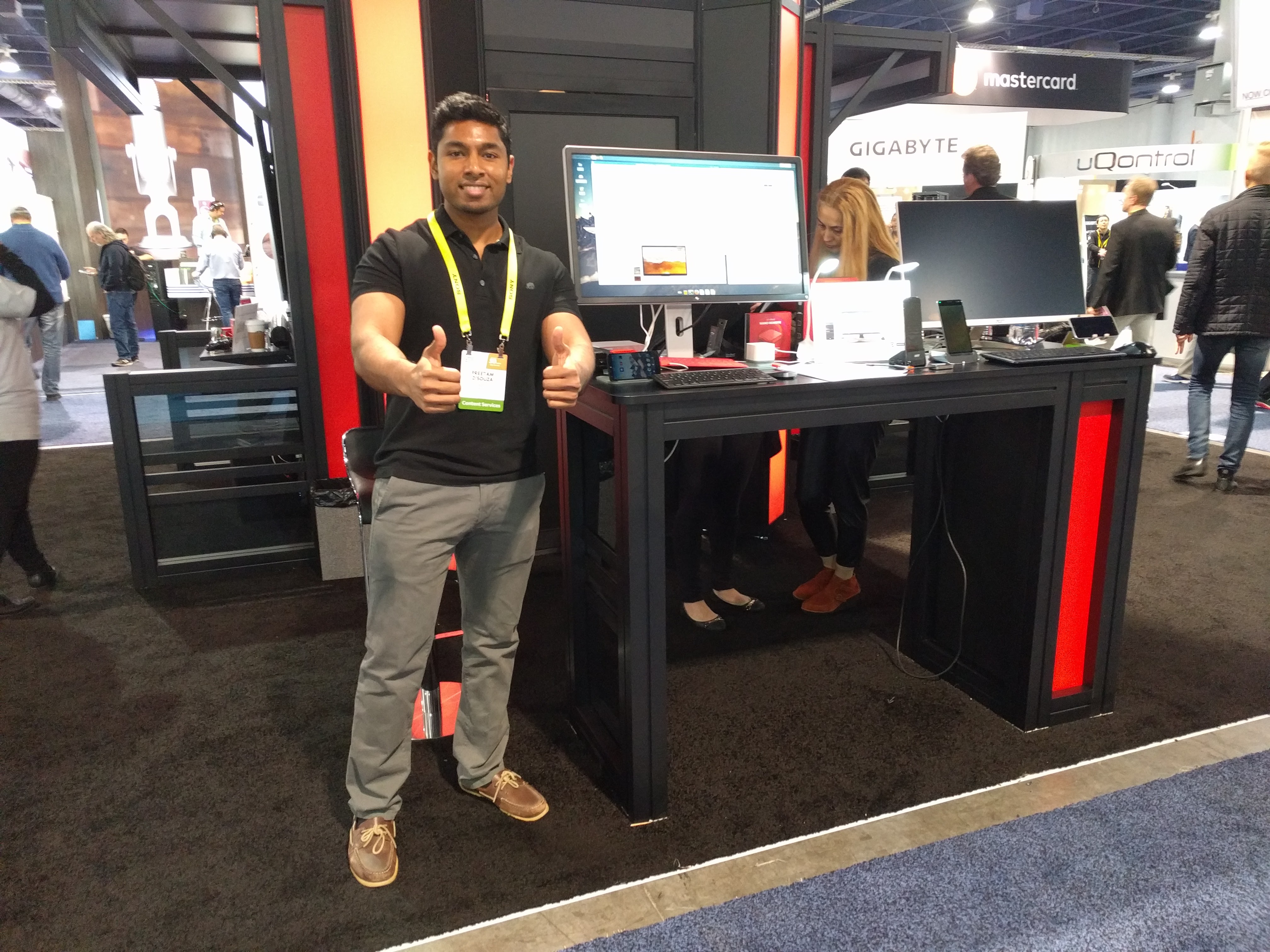 Want to stay up-to-date with news on Maru?

Join our newsletter and be the first to know when we publish a new post.